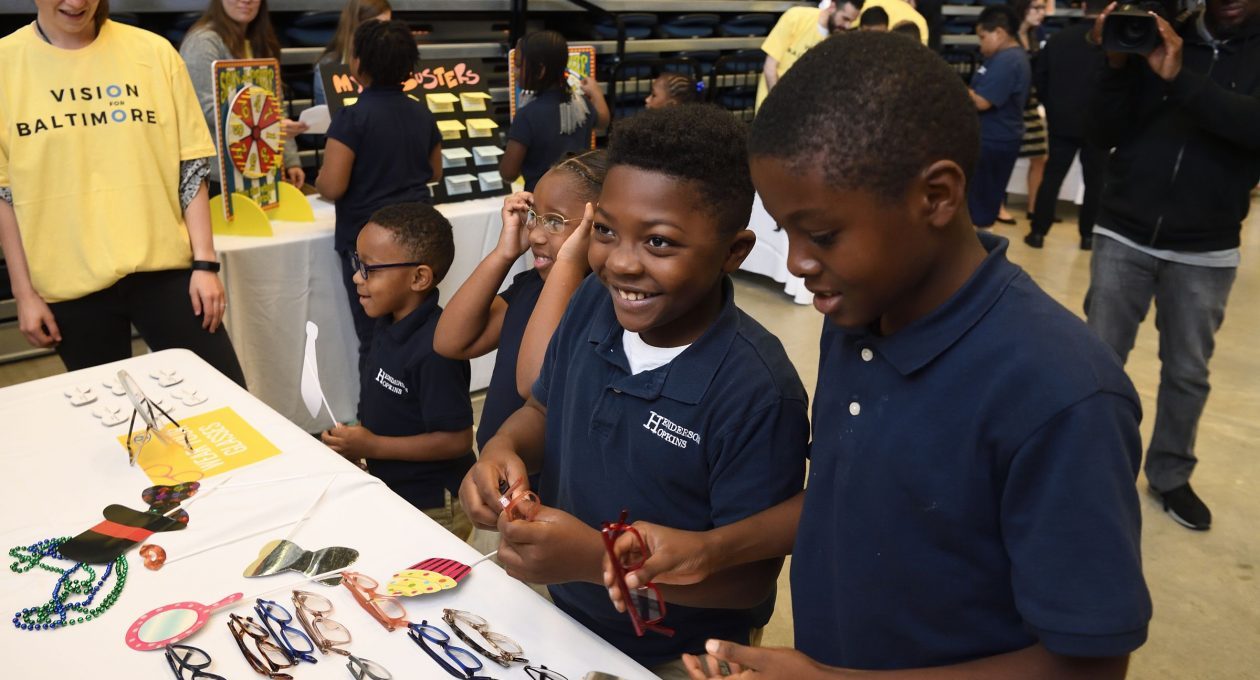 How does a horse see? What about a fish?

These were some of the questions asked of and by students attending the World Sight Day vision fair at Baltimore’s Henderson-Hopkins School on Oct. 10. The fair was staffed by a volunteer team of Johns Hopkins research assistants, students and post-doctoral fellows from the Wilmer Eye Institute and the schools of education, medicine and public health, along with volunteers from the Vision for Baltimore program, which hosted the event. 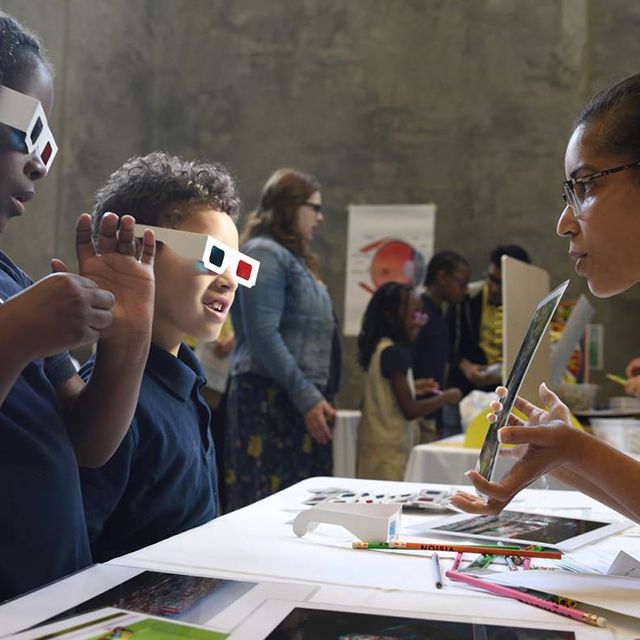 At a vision fair at the Henderson-Hopkins School, Andrianna Betts explains how we see things in 3D.

By 8:30 a.m., the Henderson-Hopkins auditorium was filled with students, teachers, a few parents and many Vision for Baltimore volunteers. Everyone gathered to hear remarks from Johns Hopkins University President Ronald Daniels, Baltimore Mayor Jack Young and others connected with the effort. “What’s so great is how many different organizations have coalesced around getting Vision for Baltimore off the ground,” Daniels told the crowd before ticking off names of the public, private and philanthropic organizations that have contributed to the effort.

The program, a collaboration among The Johns Hopkins University, Baltimore City Public Schools, the Baltimore City Health Department, the nonprofit Vision to Learn and eyewear retailer Warby Parker, aims to provide all pre-K through eighth-grade city school students with vision screenings, and eye exams and glasses as needed. The 2019–20 school year is the public-private partnership’s fourth year.

When the speakers finished addressing the crowd, students in grades three through six rotated through interactive stations that had names such as Visual Acuity, Optical Illusions and Color Vision. At the Meet the Eye Doctor station, Oded Lagstein, M.D., a pediatric ophthalmology fellow at the Wilmer Institute, showed students a model of an eye and demonstrated some of the tools used to assess eye health. Then the students took turns trying out the tools.

The vision fair is part of an effort to educate students, teachers and parents about vision health and to create awareness of the Vision for Baltimore program. Wilmer pediatric ophthalmologist Megan Collins, who leads Johns Hopkins’ involvement in the partnership, says that in previous years, students who failed a preliminary vision screening took home a consent form to be signed and returned to school so they could get an eye exam. But Collins estimates that only about half of the students returned the forms. “That was leaving approximately 9,000 kids who needed eye exams without,” she says. In 2015, Collins was part of a research group at Johns Hopkins that examined the impact on academic performance — specifically reading — of providing glasses to kids who need them. “We know that students who can’t read by the end of third grade sort of fall off the curve,” she says.

This year, Vision for Baltimore began sending consent forms home with every student at the beginning of the school year. The organization also extended its outreach to the community through efforts such as the vision fair.

To date, Vision for Baltimore has provided over 50,000 vision screenings, 9,000 eye exams and 7,000 pairs of glasses to city students in more than 140 schools. Collins is thrilled that all of the partners have agreed to continue supporting the program, which hopes to extend its impact to include students through grade 12 in future years. 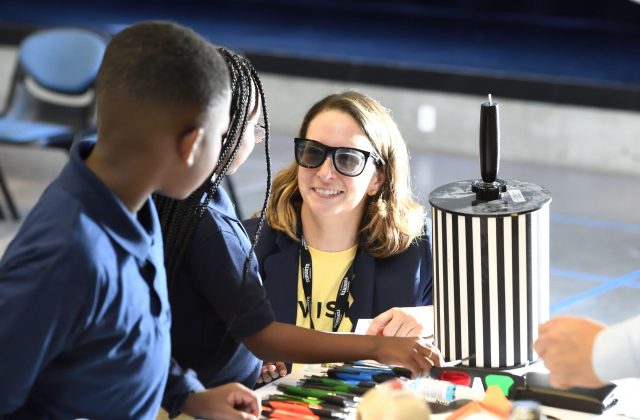 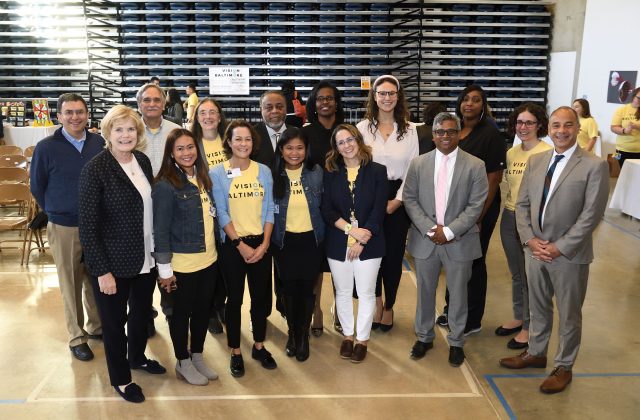 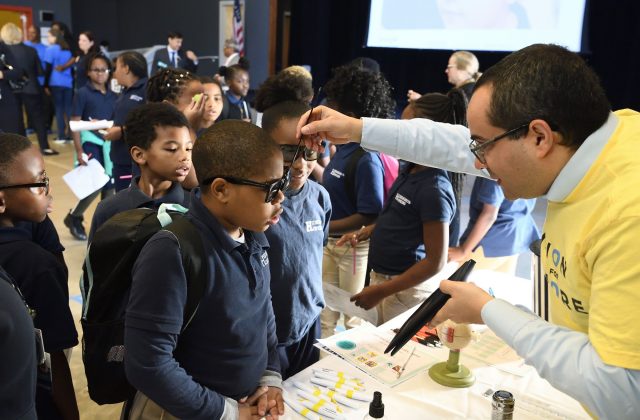 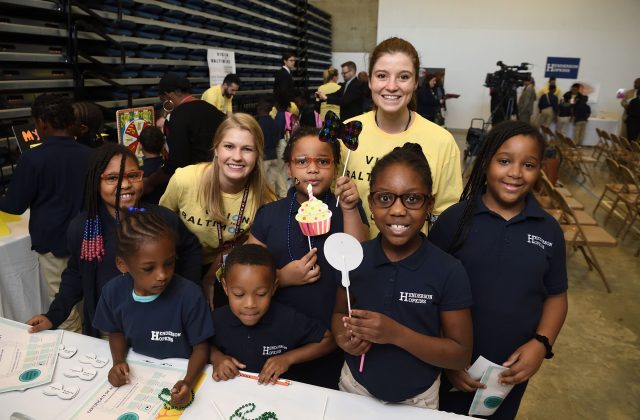 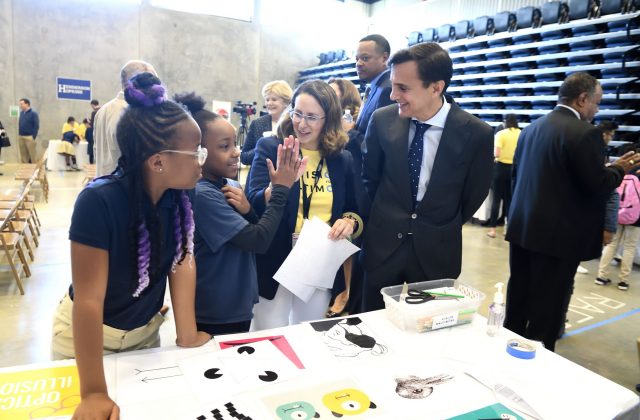 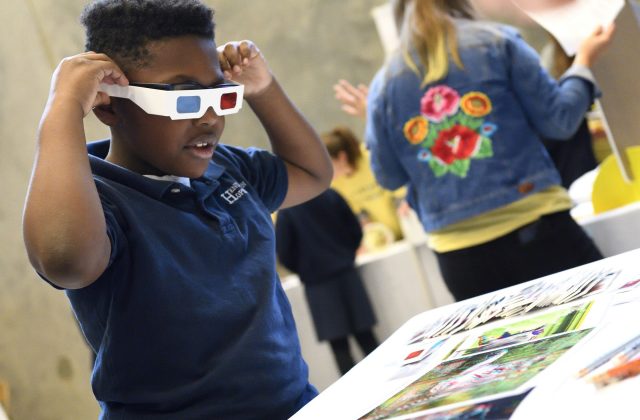 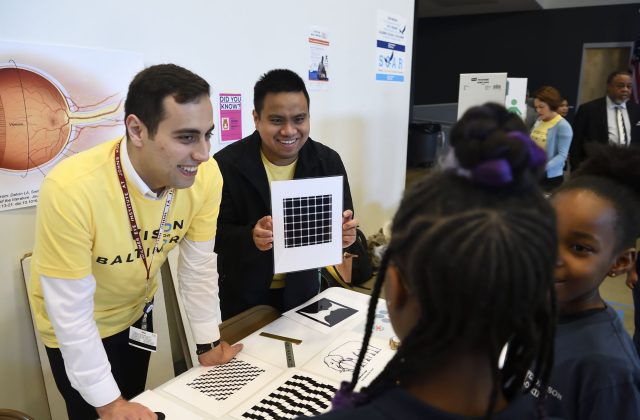 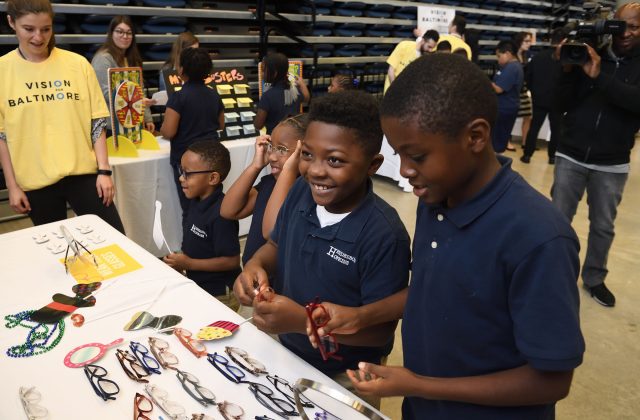 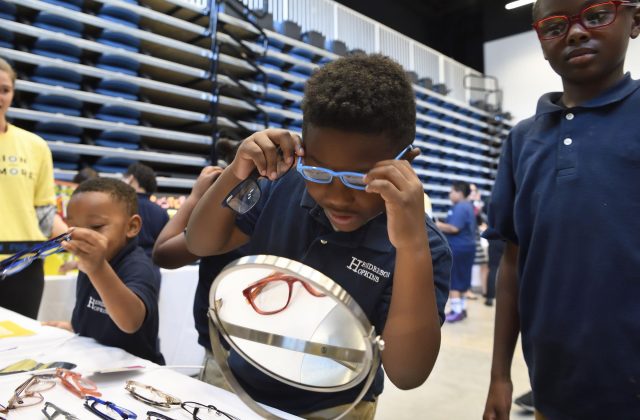 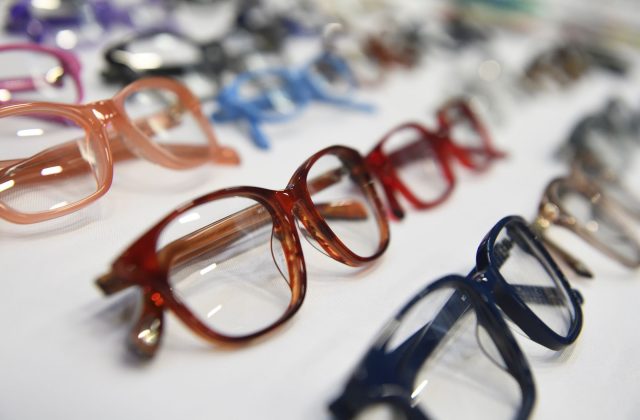